A reaction to the ornate and mass-produced elements of the Victorian and other Revival styles popular throughout the last half of the 19th century, the American Foursquare was plain, often incorporating handcrafted “honest” woodwork (unless purchased from a mail-order catalog). This style incorporates elements of the Prairie School and the Craftsman styles. It is also sometimes called Transitional Period.

The hallmarks of the style include a basically square, boxy design, two-and-one-half stories high, usually with four large, boxy rooms to a floor, a center dormer, and a large front porch with wide stairs. The boxy shape provides a maximum amount of interior room space, to use a small city lot to best advantage. Other common features included a hipped roof, arched entries between common rooms, built-in cabinetry, and Craftsman-style woodwork. 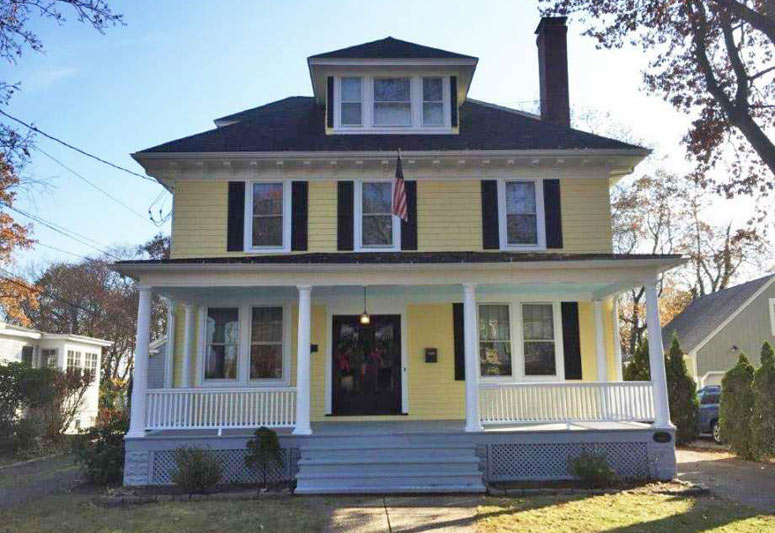